Medical marijuana is a divisive topic. Some physicians willingly write prescriptions while others roll their eyes at the data that support its analgesic properties.

Not surprisingly, when it comes to legal mar­ijuana access, not all states are playing on the same field.

Colorado and Washington made headlines when they became the first states to enact laws for recreational marijuana use in 2012. But Col­orado was the first to take action by permitting retail shops. They began opening in early 2014. Since then, six more states and the District of Columbia (DC) have passed recreational laws, with the most recent—California, Massachu­setts, and Nevada—stemming from voters ap­proving ballot questions in the 2016 election. Voters in Arizona rejected and Maine voters ap­proved recreational use initiatives.

More than half the US states allow marijuana for medicinal purposes. Before the 2016 nation­al elections, 24 states and DC approved it for various conditions—among the most popular being cancer, HIV/AIDS, cachexia, glaucoma, seizures (including those from epilepsy), and persistent muscle spasms (including those with multiple sclerosis). 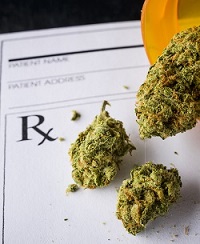 Due to a lack of randomized controlled stud­ies, the full verdict on marijuana’s treatment po­tential is still out.

Research presented at the American Heart Association’s Scientific Sessions 2016 in New Orleans, Louisiana, found that younger mari­juana users were twice as likely as non-users to experience stress cardiomyopathy, a sudden weakening of the heart muscle. Emergency room physicians and pediatricians are con­cerned about accidental ingestion of marijuana products.

Many physicians continue to feel that popu­lar support for marijuana has gotten ahead of serious scientific evaluation of whether canna­bis is safe and effective, and if so, for what con­ditions. There are clearly two sides to the story.

Separate from the states with comprehensive medical marijuana programs, there are over a dozen other states that allow low tetrahydro­cannabinol (THC), high cannabidiol (CBD) products. THC causes many of marijuana’s psychological effects, including paranoia and hallucinations. On the other hand, CBD is a non-psychoactive compound and actually helps alleviate those THC effects. The states that allow these such products, however, aren’t counted as one of the comprehensive medical marijuana states (as reflected in the accompanying map).

There are still a handful of states that have zero access to marijuana—all of which are so-called “red” states. It is not clear whether the general Republican stance against legalization is playing a role. 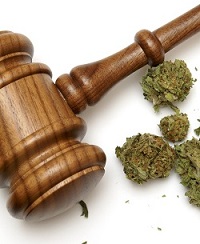 Another complicating factor is federal law. Though possession of certain quantities has been decriminalized in nearly 20 states, accord­ing to the National Organization for the Reform of Marijuana Laws, marijuana is still listed un­der the Controlled Substances Act as a schedule I drug and, according to the Drug Enforcement Administration (DEA), that’s not changing. Schedule I drugs, including heroin, are not readily available for clinical use and there’s no prescription for them. These substances have been deemed to have “a high potential for abuse,” have “no currently accepted medi­cal use in treatment in the United States,” and “there is a lack of accepted safety,” the DEA said.

While the Obama administration’s policy was to not enforce that law, it is not clear what lies ahead with the Trump administration.

So while marijuana has come a long way to­ward legalization, there are still hurdles before just any adult can light up or any physician can prescribe it.