Marijuana is a Schedule I controlled substance.

First possession conviction is eligible for conditional release, wherein the offender gets probation for up to a year instead of jail time.

A second or subsequent conviction can lead to a doubled penalty.

Distribution of 30g or less of marijuana without compensation is a misdemeanor punishable by up to 30 days in jail and a fine of up to $500.

Delivery of marijuana within 1,000 ft of a school or within 250 ft. of recreational playground is punishable by 2-4 years in prison.

Distribution to a minor by one over the age of 21 is a felony and brings doubled penalties upon conviction.

Growing marijuana, even with no intention of selling it, is a felony and is punishable by 2.5 to 5 years in prison and $15,000 in fines. The Pennsylvania Sentencing Guidelines state that possession with intent to deliver less than 10 plants is felony.

Hashish is a Schedule I drug.

Sentencing for marijuana crimes in PA varies by the weight of the plant matter seized.

In PA, all first time drug convictions have the possibility for probation for a first offense.

The department shall suspend the operating privilege of any person upon receiving a certified record of the person’s conviction of any offense involving the possession, sale, delivery, offering for sale, holding fr sale or giving away of any controlled substance under the laws of the US, this Commonwealth or any other state. (1st offense six months, 2nd one year, 3+ two years).

The state allows conditional release or alternative or diversion sentencing for people facing their first prosecutions. Usually, conditional release lets a person opt for probation rather than trial. After successfully completing probation, the individual’s criminal record does not reflect the charge.

This state has a per se drugged driving law enacted. In their strictest form, these laws forbid drivers from operating a motor vehicle if they have a detectable level of an illicit drug or drug metabolite (i.e., compounds produced from chemical changes of a drug in the body, but not necessarily psychoactive themselves) present in their bodily fluids above a specific, state-imposed threshold.

This state has an active hemp industry or has authorized research. Hemp is a distinct variety of the plant species cannabis sativa L. that contains minimal (less than 1%) amounts of tetrahydrocannabinol (THC), the primary psychoactive ingredient in marijuana. Various parts of the plant can be utilized in the making of textiles, paper, paints, clothing, plastics, cosmetics, foodstuffs, insulation, animal feed, and other products.

This state has medical marijuana laws enacted. Modern research suggests that cannabis is a valuable aid in the treatment of a wide range of clinical applications. These include pain relief, nausea, spasticity, glaucoma, and movement disorders. Marijuana is also a powerful appetite stimulant and emerging research suggests that marijuana’s medicinal properties may protect the body against some types of malignant tumors, and are neuroprotective. For more information see: Medical Use.

NOTE: The Pennsylvania legislature has criminalized driving while a cannabis metabolite (which can linger in a person’s system for weeks after ingestion) is present in an operator’s system – even absent impairment. There is, however, a certain threshold for concentration of illicit metabolites that must be met before the results of a chemical test indicating cannabis metabolites can be introduced as evidence.

The Pennsylvania Bulletin, vol. 34, issue 7 initially specified the threshold level for THC or its metabolites at 5 nanograms per milliliter. However, this minimum threshold was amended to 1ng/ml in 2011, as noted in the April 30, 2011 edition of the Pennsylvania Bulletin. Any amount of cannabis metabolites at or above this level can be introduced as evidence of a per se violation of the statute proscribing operation with Schedule I metabolites, and can be introduced in a proceeding for prosecution for driving while impaired by drugs. However, the mere presence of metabolites are not enough to convict for offenses requiring impairment. In such a proceeding the state must show actual impairment.

Com. v. Etchison, 916 A.2d 1169 (2007), affirmed 943 A.2d 262 – There is no equal protection violation in disallowing persons to operate with Schedule I drug or metabolite present in system; conviction does not rest on whether driver is impaired, but instead statute prohibits operation of a motor vehicle by any driver with Schedule I substances present. Pennsylvania court found all drivers are treated the same under statute.

Evidence failed to establish that defendant was under influence of drug or combination of drugs to degree which impaired his ability to safely operate his vehicle; expert witness testified under cross-examination that presence of metabolites was not indication of present impairment but only that substance was ingested sometime previously. Defendant was, however, convicted for operating with illicit metabolites in blood.

Commonwealth v. Woodruff, 668 A.2d 1158, 1161 (1995) — An intoxicated individual may use a vehicle as shelter as long as they do not drive or operate it, and are not in actual physical control of the vehicle. “A combination of the following factors is required in determining whether a person had ‘actual physical control’ of an automobile: the motor running, the location of the vehicle, and additional evidence showing that the defendant had driven the vehicle.”

Under Pennsylvania’s law, motorists with detectable levels of THC in the blood above 1ng/ml (reduced from 5ng/ml on April 30, 2011) are guilty of DUID.

Summary: Governor Tom Wolf signed legislation, House Bill 967 into law on Wednesday, July 20, 2016. The law allows for registered individuals to grow, cultivate, and/or market industrial hemp. Agencies, colleges, and universities are permitted to grow industrial hemp for research purposes. It also creates the Hemp Research Board, which is responsible for developing regulations, applications for registration, inspections, a database of registered persons, registration fees, and guidelines for labeling and testing. The law took effect upon the Governor’s signature.

Yes, up to 25 growers and processors, and as many as 50 dispensaries, which could each operate three locations. However, no dispensaries are operational at this time.

Under Section 2106 of the law, it is not a violation of state law “if a parent or guardian of a minor under 18 years of age lawfully obtains medical marijuana from another state, territory of the United States or any other country to be administered to the minor.” 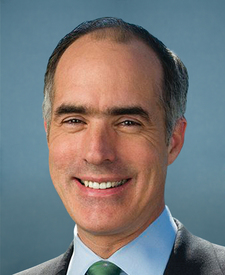 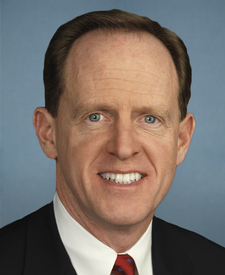 “I applaud this commonsense effort to cut red tape and help facilitate more research into medical marijuana. If there’s a chance that marijuana derivatives like cannabidiol can help patients in Pennsylvania, Washington should not be needlessly interfering with scientific research that may lead to worthwhile medical treatments.” 6/22/2015 (Link)

This information is continually being updated. If you have an additional public comment that we do not have record of or any additional information please email politics@norml.org. 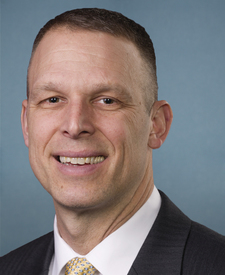 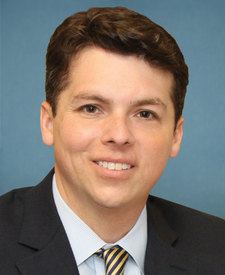 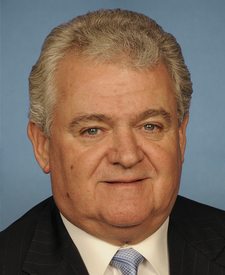 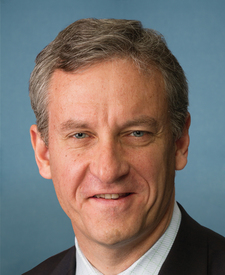 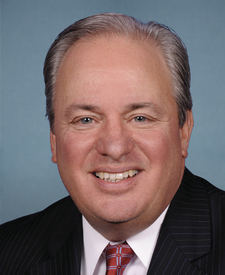 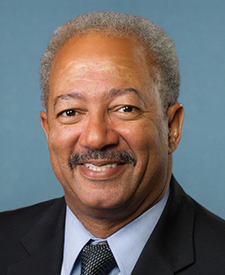 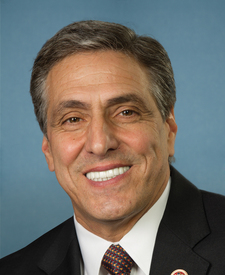 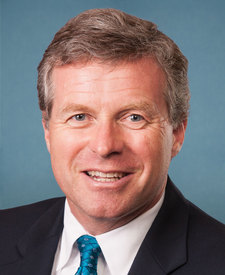 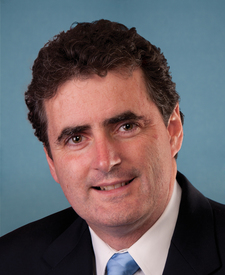 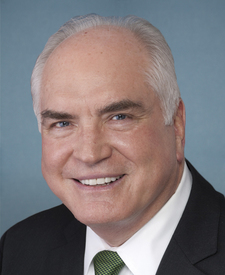 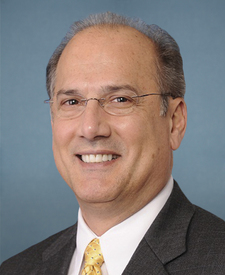 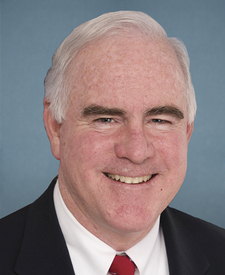 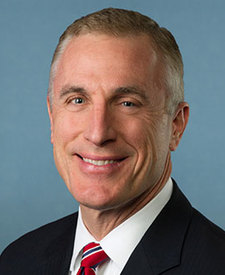 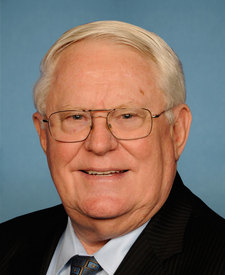 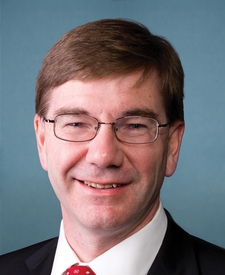 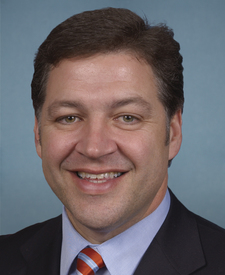 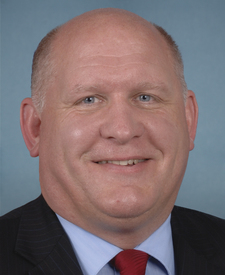