Cannabis is well-known for its many medical benefits, however, it is not totally benign to the body, and there are a few undesirable effects it can have: brain fog, day-after hangovers, paranoia, or even the sometimes harsh effects of cannabis smoke.

Whether you imbibe daily, weekly or occasionally, you may find a supplement or two in this list that will enhance your health and cannabis lifestyle.

For some, whether patients or recreational users, the potency of today’s cannabis can produce an undesirable, overwhelming psychoactive effect. People who use cannabis may be business leaders, mothers, check-out clerks and office workers – people whose jobs demand their heads be clear. They may be cancer patients who need to function during the day, or seniors new to cannabis and find the strains too potent for comfort. 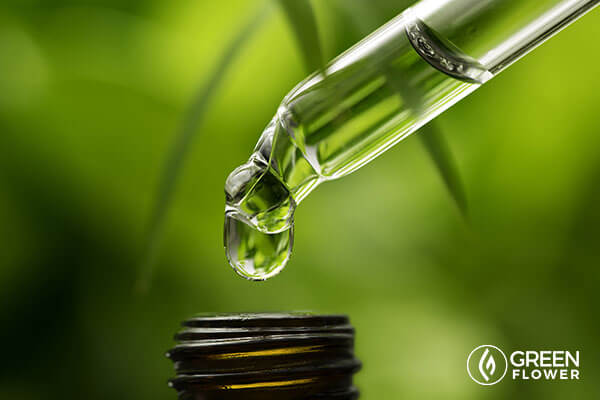 Supplements come in many different forms. Liquid Citocoline first hit the market in 2010.

Citicoline is neuroprotective and considered a nootropic, a supplement that improves focus, memory and brain function. It is a natural substance found in the brain that maintains levels of phosphatidylcoline, a chemical that enhances brain function and is a key building block of cell membranes.

Citicoline is used to treat:

However, there’s another excellent reason you may want to keep Citicoline in your medicine cabinet. It has been found to significantly reduce the psychoactive effects of THC and brain fog that sometimes accompany a cannabis high.

Citicoline also stimulates the production of neurotransmitters, such as:

Known to be both highly effective and highly safe, the recommended dosage for dissolving the psychoactive effects of THC is between 250 mgs and 500 mgs taken an hour before imbibing. You can also take Citicoline when you’re high, and its effects will be felt within 20-40 minutes. Potential side effects such as insomnia, headaches and diarrhea, are rare and usually reported in higher doses over 2000 mgs.

The wonderful aspect of taking Citicoline is that the elevation of mood and pleasant body effects associated with THC remain with you, while the brain fog and psychoactivity lessen substantially and can clear altogether.

Feeling groggy from a cannabis hangover? Try one or two 250 mg capsules of Citicoline. In about 30 minutes, you’ll feel much more clear, motivated and mentally refreshed. In a recent webinar on the endocannabinoid system, Dr. Robert Melamede, a leading authority on the therapeutic uses of cannabis, noted that Citicoline is also effective in softening the psychoactive effects of an overpowering edible experience. 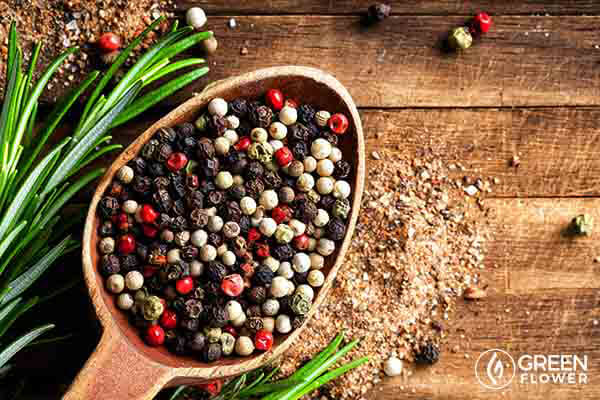 Have you tried the peppercorn trick for cannabis anxiety?

Paranoia, that dreaded experience familiar to so many cannabis users at one time or another is often associated with high-powered sativa strains. Paranoia can happen to the experienced user as well as the novice. It is uncomfortable, stressful, and responsible for turning many away from cannabis for several years or even for life.

If paranoia strikes while you’re high, all you can do is ride it out – unless you have a little jar of peppercorns handy! The same kind you grind for your pepper shaker. Neil Young swears by them as his tried-and-true secret cure for high-induced paranoia. Whether you take a couple of pieces and chew on them, as Young advises, or simply sniff them, they will magically transform your paranoia to calm in short order.

It’s all in the terpene profiles of the two plants and the “entourage effect” – how the compounds work together to enhance the properties of each other. Cannabis and pepper share similar chemical traits and bind to the same receptors in the brain, according to a scientific review in the British Journal of Pharmacology.

As they bind to the same cannabinoid receptors, the cannabis-pepper combination reduces anxiety and produces a calming effect.

Black pepper essential oil also works exceptionally well. When inhaled, the aroma immediately affects our emotional state, largely regulated by the limbic system and amygdala, which play a major role in storing and releasing emotional trauma. When peppercorns are chewed, it may take up to an hour to clear paranoid feelings, so try sniffing them instead. The effects are near instantaneous!

Other essential oils that can uplift mood are Wild Orange and Peppermint. Lavender is also very calming. Try inhaling the aroma of one of these oils as your paranoia abates. Look for quality brands such as doTERRA, Young Living and Eden’s Garden. If you work with flower essences, a few drops of Rescue Remedy is also an excellent choice to support your full recovery from the plunderings of paranoia. 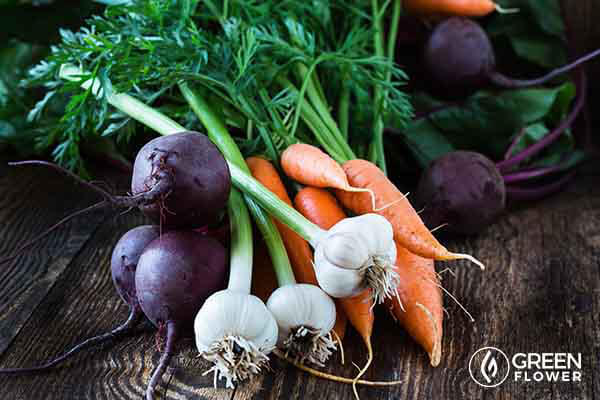 Are you fueling your body with enough vegetables each day?

According to Dr. Edward Group with the Global Healing Center, today’s world and modern lifestyle are pretty tough on our livers:

“Modern society is a sad state that produces many over-processed livers. When we overeat or eat processed or fried foods, and, anytime we are exposed to environmental pollutants or stress, the liver becomes overworked and overloaded. When the liver is taxed, it can’t process toxins and fat in an efficient way.”

The liver is also one of the primary organs that metabolizes THC. Daily and heavy use of cannabis can put quite a burden on the liver, in addition to the stress already imposed on it from our modern lifestyle. Long-term or overuse of cannabis can lead to liver and adrenal fatigue. These conditions are often accompanied by a higher tolerance to the effects of cannabis, and can easily instigate increased use to achieve the desired effects.

There is mounting evidence indicating that cannabis strains high in CBD (cannabidiol, a non-psychoactive compound in cannabis) are better suited for the liver (and adrenals) than those high in THC that may contribute to or exacerbate liver disease. In research studies, CBD has been shown to restore liver function in mice experiencing liver failure.

When organs like the liver become over-worked and fatigued, it can affect the entire body adding to conditions such as depression, anxiety, a lack of motivation or other more serious health issues. Supplements that act as a tonic for the liver:

Dr. Group also notes that there are many foods that help cleanse the liver “by stimulating its natural ability to clean toxic waste from the body,” such as:

A liver cleanse annually or every six months is also recommended by many natural health care professionals to treat a variety of symptoms and to help keep the liver happy and functioning at optimal condition. 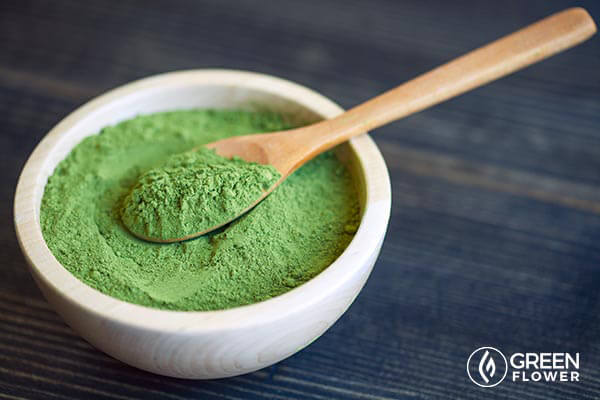 Antioxidants are a crucial part of good health and nutrition.

Smoke of any kind contains toxins that introduce free radicals and unstable molecules into the body.

Even though cannabis smoke has never been linked to cancer, and THC / CBD appear to have their own antioxidant effects which neutralize the harmful agents in cannabis smoke, it couldn’t hurt to take extra measures because free radicals are all around us:

Other sources of free radicals are:

When a free radical enters the body, it has “unpaired electrons.” Through the process of oxidation, it steals an electron from another healthy cell, damaging that cell or DNA in the process. It is important to note that the liver is especially susceptible to oxidative stress and damage.

What antioxidants do is donate an electron to the free radical, preventing it from snatching one from another cell. Think of them as the philanthropists patrolling your body, generously providing these extra electrons to marauding bands of free radicals, thereby protecting your cells from the ravages of free radical damage.

Our bodies create their own supply of antioxidants, but our modern lifestyle requires more than the body produces. Without an adequate amount, cell dysfunction occurs contributing to such conditions as diabetes, cancers, cardiovascular, and possibly neurodegenerative diseases, such as Alzheimer’s, Parkinson’s and Huntington’s.

Ensuring an adequate supply of antioxidants is one of the best things you can do for your body. Here are some of the sources:

A water-soluble vitamin that our bodies eliminate rapidly. Due to a genetic “accident” 40 million years ago, humans are unable to synthesize this vitamin in their own bodies, unlike many other animals, so we need an adequate supply every day.

A fat-soluble vitamin that works synergistically with vitamin C. Since our diets rarely provide enough vitamin E, it is recommended to take it in supplement form. Foods that provide vitamin E are almonds (the best source) kale, spinach, swiss chard and turnip greens.

A sulfonic amino acid found in large quantities in the mucous lining that protects the respiratory system. It is a precursor of glutathione, a powerful antioxidant in the body.

The fourth most abundant mineral in the body, Magnesium is a cofactor in over 300 processes including transmission of nerve impulses, bone building, liver detoxification, immune function and especially significant in supporting cardiovascular health. Sleep issues can often be improved with Magnesium. Nearly everyone is deficient in this all-important mineral. Like NAC, it is a powerful cofactor in the production of glutathione.

Not a big fan of taking supplements? You can increase your supply of antioxidants by including these foods in your daily diet: